How Scrapping a Few Workstations is Like Gaining a New Employee

Do you still rely on desktops in your office? While many organizations still use workstations almost exclusively, it has become clear that mobile devices present a certain advantage over “landlocked” devices like desktops. A recent study highlights the importance of mobile devices and the increased obsolescence of desktops.

Digital Strategy Consulting found that mobile technology--including mobile devices and applications--are capable of boosting worker productivity by 34 percent. If your organization hopes to expand and grow in the future, you should keep this statistic in mind, as it could make all of the difference.

Let’s take a closer look at the numbers behind this 34 percent increase. In terms of the average worker’s productivity, this is a gain of about 240 hours of work per year. Thus, switching only a few employees from their desktops to mobile devices like laptops would be like onboarding a full-time employee. That means more workers, which means more work that’s getting done. Or, you can just keep this extra revenue stashed away in the event of an emergency, like a hardware failure or otherwise. Basically, this gives you a whole new reason to perish the thought that desktops allow for reduced cost savings from not upgrading right away.

In other words: businesses are losing money by not making an immediate switch to mobile devices. Employees who are limited to only doing work on their desktop workstations are essentially performing at less-than-maximum capacity, doing 34 percent less work than they could be. While it might be tempting to buy into the fact that your workstations aren’t costing you any money since they’re already purchased and accounted for, these machines will only serve to be more costly than you’d prefer in the long run.

This presents yet another point--younger workers, many of which are millennials, prefer the use of mobile devices over desktop workstations. Even better, they’re highly skilled at it, as they’ve grown up with the use of these devices. It’s practically second nature for them. It’s estimated that by 2025, millennials will make up about three-quarters of the workforce, which provides an ultimatum for your organization: going mobile now will benefit your organization in the long run.

By now, it should be clear that desktops can be replaced by mobile technologies, but you may not necessarily know how to go about doing it. Since going mobile also presents unique security challenges and other issues, it’s best to rely on AspireTech to handle the details. We’ll help your organization overcome the various challenges of implementing mobile devices in the workplace. To learn more, reach out to us at 469-272-0777 . 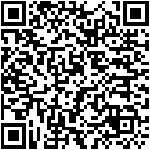